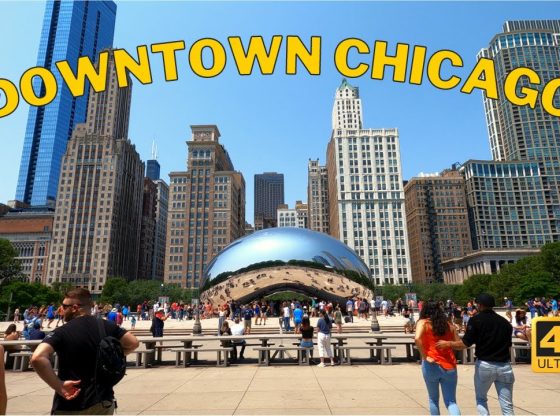 Walking downtown Chicago from The Art Institute of Chicago to Wrigley Building.