How to Spend 24 Hours in Chicago 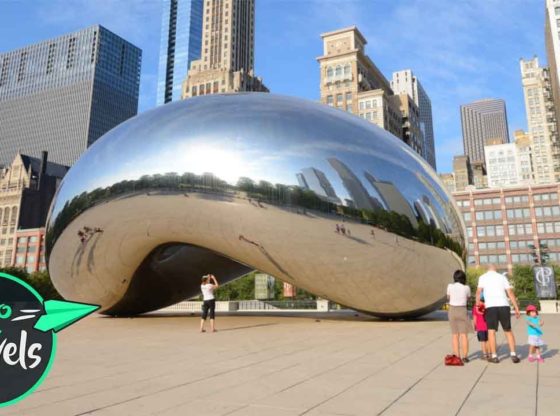 How to Spend 24 Hours in Chicago

It might be known as the Second City, but a trip to Chicago is no consolation prize. Welcome to MojoTravels. There’s a lot to do and see in the Windy City, but thankfully, much of its major attractions hug the coast of great Lake Michigan, making a 24 hour trip to Chicago a full, but easily navigable one. Between their public transit system, an abundance of taxis and some very helpful transit apps, getting around the city is a pleasure.

Now, shopping isn’t for everyone, but we’d be remiss if we didn’t give you a little time to indulge, or at least the opportunity to window shop. 15 minutes south by car from the zoo, you’ll hit the famous Magnificent Mile. This stretch of Michigan Avenue is absolutely beautiful and is known for its upscale hotels, world-class shopping, and great restaurants. Whether you plan to do some serious shopping or just feel like people watching, the Magnificent Mile is worth a stroll for the atmosphere, architecture and window displays alone.

By now the sun is probably approaching the horizon. If you can time it, you’ll want to go up one of the city’s skyscrapers to get a view of the sunset. The first option is the Willis Tower, which offers a breathtaking view from its Skydeck. From the 103rd floor, you’re looking at Chicago from 1,353 feet in the air. The observation boxes provide an unobstructed 180 degree view, including down. It’s open until 8PM.

Of course, if you haven’t had your fill of the Chicago skyline and you’re looking to further up the thrill factor, 875 North Michigan Ave. is your next logical destination. On the building’s 94th floor you’ll find 360 Chicago, an attraction that offers a titling lookout that literally extends you outwards out over the city. This might be a little nerve-wracking for some travelers, but it’s an undeniably unique perspective, which remains open until 11 PM, 7 days a week.

Not far from 360 Chicago, you’ll find the Navy Pier, which is one of the city’s most iconic landmarks. Arguably the city’s most enduringly popular attraction, it has been open for over a century now and maintains an old timey charm that makes it perfect for families, couples or groups of friends. Open as late as 10 in the winter and and midnight during the summer, the Navy Pier is the perfect place to spend the evening. With an assortment of restaurants, games, activities and rides like the iconic Centennial Wheel, Navy Pier is fun for all ages.

Of course, Chicago is a musical city that has produced acts of wide variety, but its heart will always belong to the blues. As such, there is no better to place to spend your night than at Buddy Guy’s Legends, the iconic blues club that has played host to too many legendary musicians to list. Unfortunately they don’t take reservations and it’s first come first serve, so you may want to make this your priority come evening time. If you arrive early enough to get a table, you are in for a truly unforgettable night.

Of course, 24 hours is only enough to scratch the surface of what Chicago has to offer. If you had a little more time, what would you add to the itinerary?

More info on How to Spend 24 Hours in Chicago

How to Spend 24 Hours in Chicago - BingNews
Search results