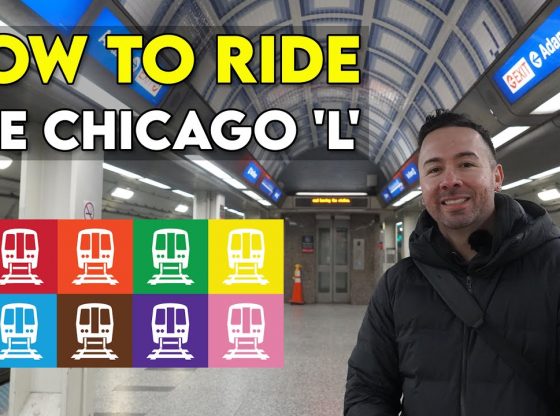 The Chicago L Train is the second longest public transit train system in the United States. In this travel video I present a guide to the CTA train system.

From the history of the Chicago L Train to tips and tricks on how to ride the Chicago public trains, you will learn everything you need to know for navigating Chicago by L.

The first L train was opened in 1892 by the Chicago and Southside Elevated Railroad Company. The CTA was formed in 1947 and consolidated the private L train companies in Chicago.

All of the CTA Trains go to the Chicago Loop (downtown) except the Yellow Line which goes to Skokie.

‘L’ is short for Elevated Train as the majority of the train tracks are elevated. Chicago is the only major city in the United States with elevated train tracks running through its downtown area.

A ride on the L Train costs .50, there is no time limit and there are no zones.

I hope that this video is useful for newcomers and visitors to Chicago.

THINGS TO DO IN CHICAGO PLAYLIST