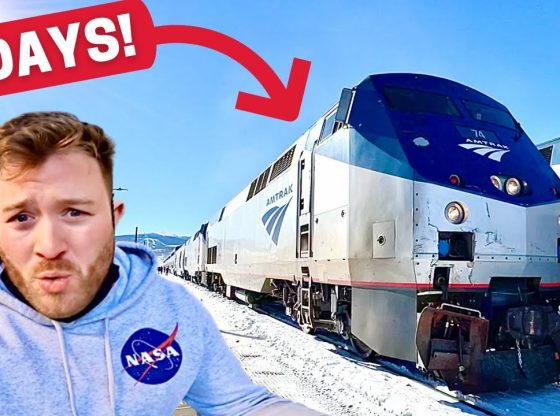 Head to https://squarespace.com/trektrendy to save 10% off your first purchase of a website or domain using code TREKTRENDY

Join me on the California Zephyr sleeper train for 52 hours across America. Starting in Chicago and travelling over 2,500 miles and various states to San Francisco. This has to be one of the world’s most epic train journeys, and I’ll show you every detail of the experience. From a tour of the three classes of travel… Coach, Roomettes ( Business Class ) all the way to Amtrak Bedrooms which come with ensuite bathrooms ( First Class ). Oh and what’s more there’s even showers onboard!
I’ll try the various food options available in the dining car.. hint, they have my favourite… steak!

I’ll get the chance to briefly get off the train at some of the stations along the way such as in Denver’s Union Station, Grand Junction and Sacramento California.

My aim is to give you an insight into this experience, what it’s really like to spend three days on a sleeper train. You’ll see pretty soon why Amtraks California Zephyr is named the most scenic route in the USA and also why the railroad itself is such an engineering achievement.

Hope you enjoy the video, it took many days to edit after going through hours upon hours of footage.