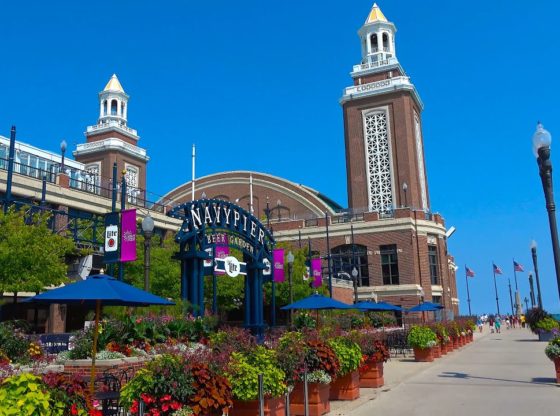 Navy Pier is a 3,300-foot-long (1,010 m) pier on the Chicago shoreline of Lake Michigan. It is located in the Streeterville neighborhood of the Near North Side community area. The Navy Pier currently encompasses more than fifty acres of parks, gardens, shops, restaurants, family attractions and exhibition facilities and is one of the top destinations in the Midwestern United States (“Midwest”), drawing nearly two million visitors annually. It is one of the most visited attractions in the entire Midwest and is Chicago’s number one tourist attraction.