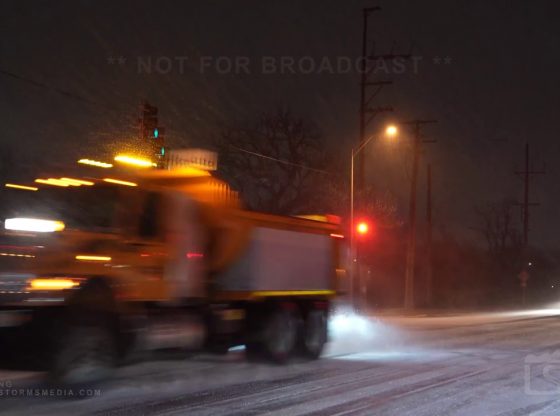 As precipitation wrapped around the backside of a strong low pressure system in northern Michigan, roads became ice covered and quickly were covered in snow. Multiple accidents were reported around the Westchester, Elmhurst, and Western Springs area. Cook County Sheriffs had to close down Wolf Road between 31st street and Ogden avenue because of multiple cars in ditches along the edges of the forest preserve. 2 more vehicles also lost control on the off ramp for York road off of Roosevelt and wound up in ditches. Police had to close down the on ramp. High winds also caused issues for drivers making it hard to stay on an already icy road. Visibility dropped below half a mile multiple times.