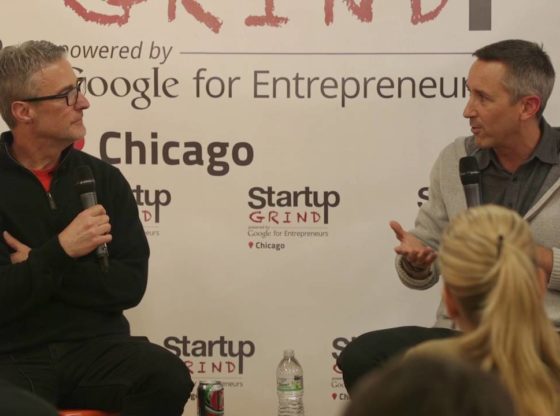 Startup Grind Chicago Hosts Scott Wilson, an American design entrepreneur, recipient of the prestigious Smithsonian Cooper-Hewitt National Design Award, a TIME Magazine Top 100 Designer and one of Fast Company’s Most Influential Designers as well as one of their Most Creative People in Business. Best known for simultaneously sparking the crowdfunding and wearables movements with his 2010 TikTok+Lunatik Kickstarter project, the former Nike Global Creative Director has been at the forefront of the product design field for the last decade. His product development and brand incubation firm, MINIMAL (CHI/SF), has been the collaborative creative force and instigator behind many of today’s most disruptive and game-changing products and experiences. One of the most respected hands-on designers in the industry, Wilson has the elusive ability to consistently deliver products to market that speak rationally and emotionally to the consumer, ultimately ensuring a higher probability of market success and endurance.