MAKING IT: Meet the Woman Behind Chicago Startup – Ready Pretty 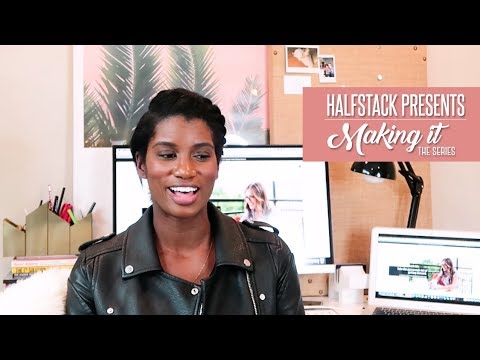 In this episode of Making It – we interview Jeannine Benoit Adams – the founder and stylish woman behind the Chicago startup ready pretty. Ready Pretty is a tech fashion brand that is all about making getting ready simpler for its users. All you do is visit their site tell them your needs, a little about yourself, and the Ready Pretty Style Experts will email a carefully curated collection of links to full outfits and/or wardrobe pieces from some of the best online shopping destinations from around the world.

The links and looks you want, exactly when you need them. At a budget that works for you.

The brand’s mission is to give it’s users access to the wardrobe they’ve always wanted – allowing them to look good and feel great, while saving them the time and headache of trying to find the perfect pieces.

The Halfstack team sat down with Jeannine to talk about her career journey, what’s it’s been like going from the ad world to the startup world, what led her to launching the ready pretty pretty brand and what it’s really like to run a fashion startup. It’s not nearly as pretty or glamorous as you might expect.

ABOUT HALFSTACK
Halfstack is the latest in lifestyle magazines focused on and dedicated to the local Chicago and suburban community. We showcase musicians, designers, boutiques, brands, artists, local entrepreneurs & social changers who are the rise because of the impact they are making and the hard work they are putting into their craft.

Halfstack is a brand that believes in attainability & sustainability. It is here to highlight careers, fashion and lifestyles that can be sought after by normal people & that leave a positive impact on this world. We hope to inspire people from all walks of life, cultures & backgrounds to follow their dreams by inspiring & guiding them through the images & stories on the pages of the magazine. Read the blog at: www.halfstackmag.com and catch the quarterly issues at: www.issuu.com/halfstackmag

More info on MAKING IT: Meet the Woman Behind Chicago Startup – Ready Pretty