How Chicago is Being Unbuilt: Back to Nature

Home /Chicago Tech/How Chicago is Being Unbuilt: Back to Nature 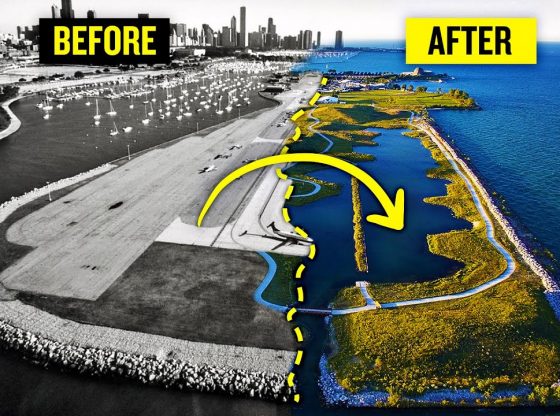 Go to https://cuts.team/STEWARTHICKS for 15% off your order, AND ENTER PROMO CODE: STEWARTHICKS

Cities around the globe are looking to restore native ecologies, turning back the clock on the destructive landscape practices of past few centuries. The same is true for Chicago, which has a number of experiments along its shores to unbuild the city and find the most effective practices for doing so. In this video, we walk to a few of these sites and explore their techniques for unbuilding the city in order to give it back to nature. The five sites are: Northerly Island, the Field Museum, Millennium Park, the River Walk, and the Wild Mile. We look at each closely to see just how their before and after reveals changing attitudes toward living with nature.

__Membership__
Join this channel to get access to perks:
https://www.youtube.com/channel/UCYAm24PkejQR2xMgJgn7xwg/join

__About the Channel__
Architecture with Stewart is a YouTube journey exploring architecture’s deep and enduring stories in all their bewildering glory. Weekly videos and occasional live events breakdown a wide range of topics related to the built environment in order to increase their general understanding and advocate their importance in shaping the world we inhabit.

__About Me__
Stewart Hicks is an architectural design educator that leads studios and lecture courses as an Associate Professor in the School of Architecture at the University of Illinois at Chicago. He also serves as an Associate Dean in the College of Architecture, Design, and the Arts and is the co-founder of the practice Design With Company. His work has earned awards such as the Architecture Record Design Vanguard Award or the Young Architect’s Forum Award and has been featured in exhibitions such as the Chicago Architecture Biennial and Design Miami, as well as at the V&A Museum and Tate Modern in London. His writings can be found in the co-authored book Misguided Tactics for Propriety Calibration, published with the Graham Foundation, as well as essays in MONU magazine, the AIA Journal Manifest, Log, bracket, and the guest-edited issue of MAS Context on the topic of character architecture.

More info on How Chicago is Being Unbuilt: Back to Nature

How Chicago is Being Unbuilt: Back to Nature - BingNews
Search results