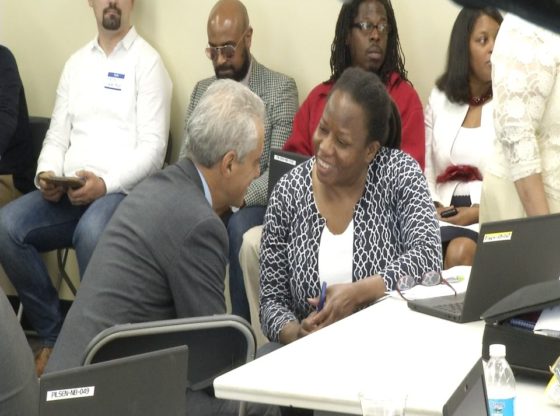 Following a city-wide listening tour of entrepreneurs, the city developed this day-long boot camp program to address the needs of our city’s small business owners. This announcement served as the kickoff to the program with the first Chicago Startup Boot Camp held at BLUE1647 Englewood, which opened in April 2015 in Chicago’s Englewood neighborhood.

The Chicago Startup Boot Camp will be managed by the City of Chicago Small Business Center (SBC) as one of a series of programs designed to help the city’s thousands of entrepreneurs and small businesses grow.

Incubators and other programs interested in hosting a Chicago Startup Boot Camp should reach out to the SBC at www.cityofchicago.org/sbc.