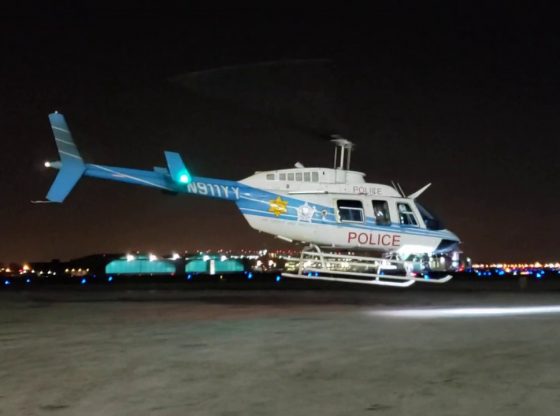 If you just wanna watch the takeoff, kindly skip to the 3:00 mark. I recorded part of the start-up and idle/warm-up sequence.

“Police Helicopter 1” of the Chicago Police Department takes off from the Signature Flight Support ramp at Chicago Midway International / Int’l Airport ( ICAO : KMDW / IATA : MDW ) after a quick pit stop for fuel and coffee before pressing on with the night’s aerial surveillance activities. CPD has 2 of these helicopters, registered as N911YY ( PH1 ) and N911UU ( PH2 ) and uses them regularly to provide aerial support and surveillance and relay information to ground units below.

Thanks for watching, and I hope that you enjoyed the video!

THIS VIDEO IS THE PROPERTY OF YouTube user joseg2143 AND MAY NOT BE COPIED, DOWNLOADED, TRANSFERRED, OR REPOSTED WITHOUT PRIOR AUTHORIZATION.