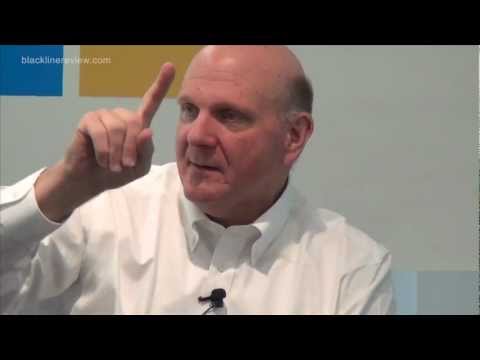 CHICAGO, IL— If there’s one thing that stands out about Microsoft CEO, Steve Ballmer, it’s his authoritative voice. The sophomore Harvard dorm mate of Bill Gates punches certain words with a bellow, prompting those around him to look up and listen.

Ballmer, who flew in to Chicago from Seattle, spent his early morning hours at 1871 — the 50-thousand-foot startup co-working space in downtown Chicago. He brought a corporate-size entourage, samples of Microsoft products, shared stories about the early days, and addressed questions from moderator Rob Rutenbar, head of the computer science department at the University of Illinois – Champaign campus, about how he intends to make the once-dominant Microsoft become the brand of choice for today’s startup companies.