We are Medieval Times – Chicago: A Documentary 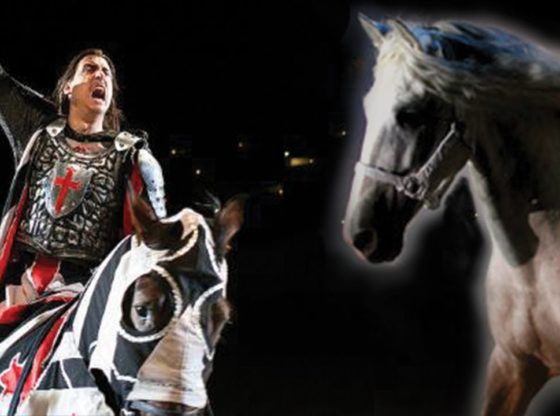 Have you ever wondered what it is like to work at Medieval Times Dinner & Tournament in Schaumburg, Illinois? Check out this in-depth and behind the scenes look at the Chicago castle atmosphere and hear the stories of 18 amazing team members that make a show possible!

Since this documentary was made, the Chicago castle has now released its BRAND NEW SHOW titled SOVEREIGN featuring a sole female ruler as Queen of the realm. Come out to see the same amazing environment (and people) as featured in this documentary with a new, fresh storyline and new costumes!

Purchase tickets to Medieval Times Dinner & Tournament Chicago (or any of the 9 locations in the US and Canada) at:
http://www.medievaltimes.com

All footage is my own work and I did achieve company clearance to create the project and use the official Medieval Times music.

Special thank you to everyone involved in this project! It was such an amazing experience to have in completion of my Communication Senior Thesis from Carthage College in Kenosha, Wisconsin!

You can subscribe to my channel for new film projects I’m working on for school, vlogs about my life, some professional projects and development, and any random film work I find fascinating!

More info on We are Medieval Times – Chicago: A Documentary

We are Medieval Times - Chicago: A Documentary - BingNews
Search results