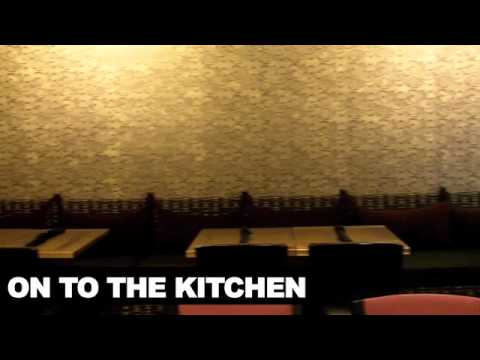 When Nazis steal your family’s land, you have two options, and both of them end with you moving to America and opening a restaurant that calls them out for being total a-holes. Exhibit A: Rittergut Wine Bar & Social Club.

Taken from the German word for “noble landholding” (done as a nod to the family land taken by the Nazis that the owner’s still working to reclaim, hopefully not from Nazis), Rittergut’s tucked away in a corner of the Mercantile Exchange that now boasts a 40-seat patio, deep burgundy walls interspersed with rows of vino, and a pair of brick private dining areas with a cave-like feel, also how Gollum passed time when he was bored. Highlighting the robust small plate selection are a quintet of crostini (lobster/organic egg/bearnaise; serrano ham w/ quince & Manchego), sweet potato chips w/ bacon aioli, and P.E.I. mussels swimming in chorizo and paprika broth, which isn’t nearly as spicy as being in a paprika brothel. Mains, meanwhile, include Berkshire pork buttressed by sweet potato, apple, figs, and cabbage; Australian lamb racks w/ mascarpone polenta; and spinach/Yukon golds/San Marzanos accompanying wild striped bass, also Lance after he drives himself so crazy he ends up in prison.

Of course there’s also wine, with a selection of nearly 30 glass pours and and 60 bottles that are heavily Europe-focused, though while you’ll have way more than two options, all of them end with you getting blitzkrieg’d.

To get the deets: http://thrl.st/of5hWc