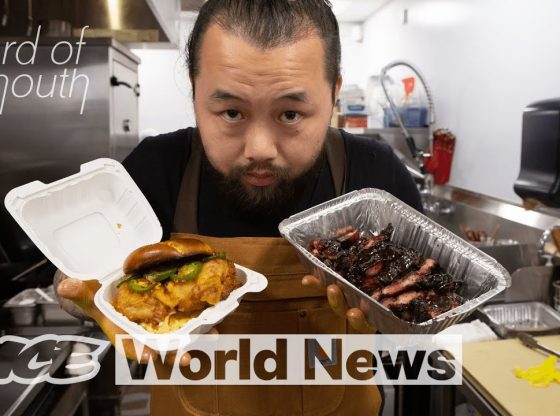 Henry Cai, the owner of 3 Little Pigs Chi in Chicago, has no signs, no sit-down, and takes orders over Instagram DMs for his BBQ Chinese and fried chicken.

He preps his meals in a 200-square-foot shared kitchen, yet has people traveling for hours out of state to get a taste of his menu.

Cai tells MUNCHIES how he learned to cook without any restaurant experience, how he views success, and how he plans to evolve Chinese American food.

Although Cai may attribute his business as an “accidental success,” it’s clear that people on social media and writing blogs will say differently. We can confirm his salt and pepper chicken sandwich, 3LP fried rice, and smoked BBQ pork aren’t being sought after by chance.

Hungry? Sign up here for the MUNCHIES Recipes newsletter.
https://www.vice.com/en_us/page/sign-up-for-munchies-recipes-newsletter

Check out http://munchies.tv for more!

More info on The Best Secret Chinese Restaurant in Chicago