The Abandoned Theater In Chicago, Illinois 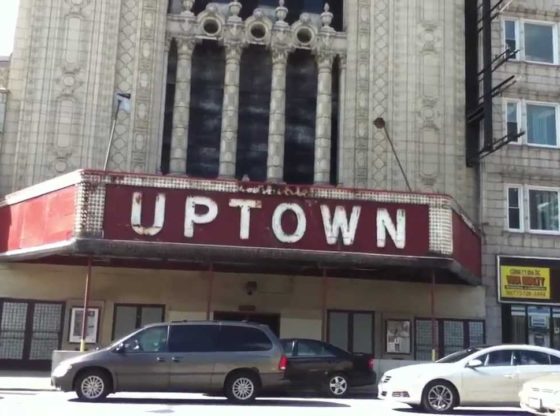 This is the abandoned Uptown Theater, a theater that was built in 1925 and was closed down in 1981. This theater is located in the Chicago neighborhood of Uptown on Broadway Street. It is considered a Chicago Landmark and is on the list of the U.S. National Register of Historic Places. The Uptown Theatre, also known as the Balaban and Katz Uptown Theatre, is a massive, ornate movie palace. Designed by Rapp and Rapp and constructed in 1925, it the last of the “big three” movie palaces built by the Balaban & Katz theatre chain run by A. J. Balaban, his brother Barney Balaban and their partner Sam Katz.
The largest in Chicago, it boasts 4,381 seats and its interior volume is said to be larger than any other movie palace in the United States, including Radio City Music Hall in New York. It occupies over 46,000 square feet (4,300 m2) of land at the corner of Lawrence Avenue and Broadway in Chicago’s Uptown Entertainment District. The mammoth theater has an ornate five story entrance lobby with an eight story façade.
Rehabilitation efforts are needed to restore and reopen this historic Chicago landmark, which has been closed to regular audiences since 1981. -Wikipedia.

More info on The Abandoned Theater In Chicago, Illinois