Socialism is Evil | Change My Mind 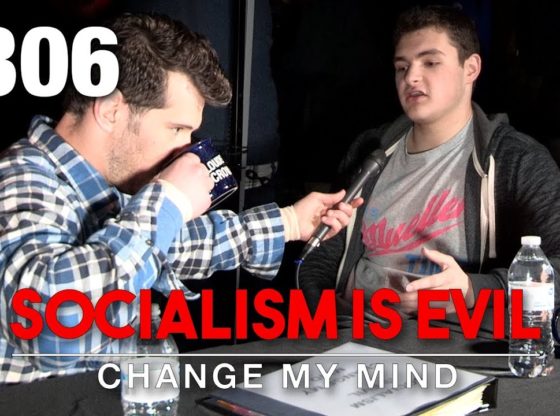 Join us for this special episode of Louder With Crowder. In this live installment of our “Change My Mind” series, we take to the streets of Illinois to discuss the evil that is socialism. Also talking 2nd Amendment and much more!

Use promo codes “student” “veteran” “military” to get daily access for /year!

Check out more of my videos!

UNDERCOVER IN ANTIFA: Their Tactics and Media Support Exposed!

Pop culture and politics from the most politically incorrect comedy channel on the web. Hippies and Muslims hate me!

More info on Socialism is Evil | Change My Mind