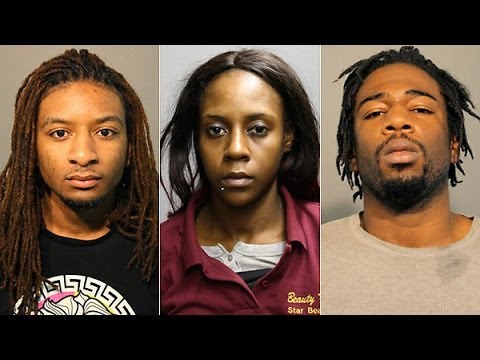 A West Side man arranged the murder of his mother, a well-known owner of a beauty salon in Uptown, to gain access to more than ,000 from her bank accounts and the proceeds from two of her life insurance policies, authorities said today.

Qawmane Wilson, 24, of the 0-100 block of North Mayfield Avenue in the North Austin neighborhood, has been charged with murder and home invasion in the death of his mother, Yolanda Holmes, 45, in September of 2012, authorities said.

Charged with Wilson are Eugene Spencer, 22, of the 6100 block of South Rockwell Street, who prosecutors said killed Holmes, and Loriana Johnson, 23, of the 300 block of East 131st Place, who served as Spencer’s driver.

All three were ordered held without bail today by Judge Adam Bourgeois, Jr., who called the slaying a “heinous act.”