The Ickes Projects and GD King Hoover moves into politics 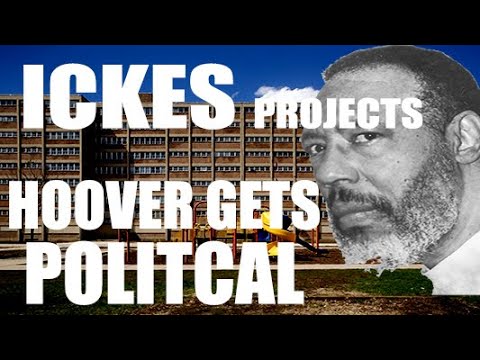 Subscribe: https://www.YouTube.com/alprofit?sub_confirmation=1?sub_confirmation=1
Twitter: @theRealAlProfit
Buy Cavario H’s book: “Old Gangsters & Young Guns”
e-book: https://amzn.to/34fSc3c
Hardcover: http://bit.ly/2rmlazC
IG: alprofit
King Hoover GD Indictment: https://youtu.be/Nnd2i8Y2jyE
Don Diva Founder Cavario visited the infamous Ickes Projects in Chicago, just before they were torn down just after 2000. How were he and his Mink Coat and Diamond chain able to move safely through one of America’s most dangerous housing complex’s? Because he was there under the umbrella of Larry “Chairman of the Board” Hoover and the Ganster Disciples ran the place.

I documented “Operation Headache”- where Federal officials arrested Hoover and other GD’s in their state prison cells for running a criminal enterprise across state lines here: https://youtu.be/Nnd2i8Y2jyE
But just before that indictment Hoover had gotten in to politics, and many astute observers think Hoover’s move into politics scared the “powers that be” in Illinois and they wanted him out of their state. Which is what happened when he was convicted in Federal court and sent to the same prison that now houses “El Chapo”
The Twenty First Century Vote campaign was led by Wallace “Gator” Bradley-a former enforcer for the Gangster Disciples in their early days. Sent to prison he was eventually pardoned by the governor of Illinois and when Larry Hoover turned GD into Growth and Development, Gator was the leader and almost won a seat on the Chicago city council. american dope vladtv larry hoover interview big meech frank matthews