Obama rebukes politics of Trump in speech ahead of midterm elections 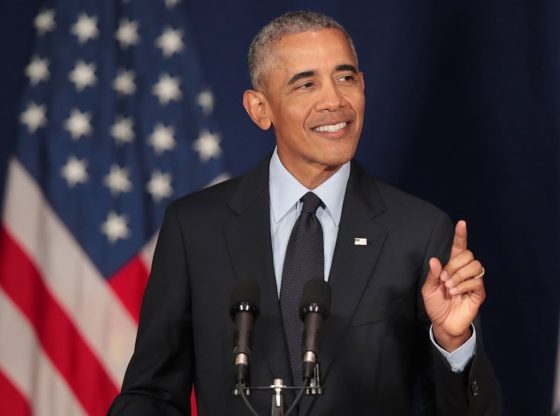 Former U.S. president Barack Obama said Friday his successor, Donald Trump, is a “symptom, not the cause” of division and polarization in the U.S.

His speech served as his first steps into the political fray ahead of the fall midterm election campaign.

Obama spoke at the University of Illinois at Urbana-Champaign, where he was accepting an award on ethics in government.

»»»»»»»»»»»»»»»»»»
For more than 75 years, CBC News has been the source Canadians turn to, to keep them informed about their communities, their country and their world. Through regional and national programming on multiple platforms, including CBC Television, CBC News Network, CBC Radio, CBCNews.ca, mobile and on-demand, CBC News and its internationally recognized team of award-winning journalists deliver the breaking stories, the issues, the analyses and the personalities that matter to Canadians.