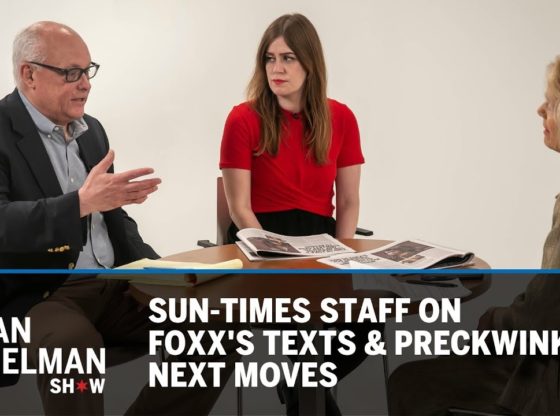 Sun-Times City Hall reporter Fran Spielman joins her colleagues Mark Brown and Tina Sfondeles to discuss how the fallout from the Jussie Smollett imbroglio could affect Cook County State’s Attorney Kim Foxx’s prospects for reelection. This comes after newly-released text messages showed that Foxx continued to discuss the prosecution with her top deputy after recusing herself from the case.During the show, Spielman and her guests also chat about the political future of Foxx’s mentor, Cook County Board President Toni Preckwinkle, who was pummeled by Lori Lightfoot earlier this month in the mayoral runoff. In an interview with the Sun-Times earlier this week, Preckwinkle wouldn’t rule out running for another term as board president as she had in the past.Additionally, the three reporters touch on the diverse makeup of the next City Council and speculate about Mayor Rahm Emanuel’s first moves as a private citizen.

The Chicago Sun-Times is the hardest-working paper in America, covering the stories and issues that matter most to Chicago’s working men and women with depth, integrity and grit. Winner of eight Pulitzer prizes, the Sun-Times features hard-hitting investigative reporting, in-depth political coverage, insightful sports analysis, entertainment reviews and cultural commentary delivered directly to readers, in print and online.