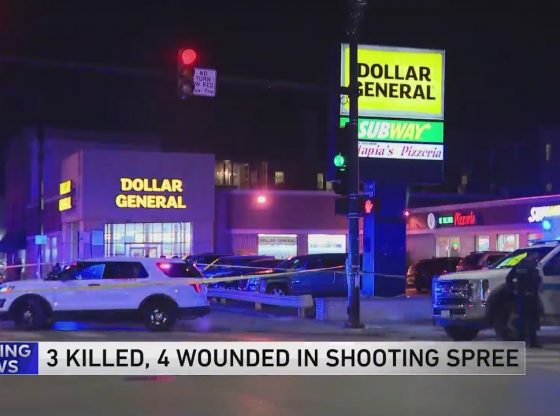 Chicago police say three people were killed and four others remain in critical condition Sunday after a shooting spree which began on the South Side ended with the suspected gunman shot dead by police in Evanston yesterday.