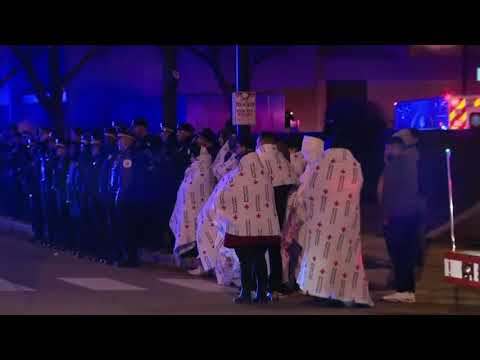 (18 Dec 2018) The bodies of two Chicago police officers who were fatally struck by a train were brought to the Cook County Medical Examiner’s Office through a police procession early Tuesday morning. (Dec. 18)