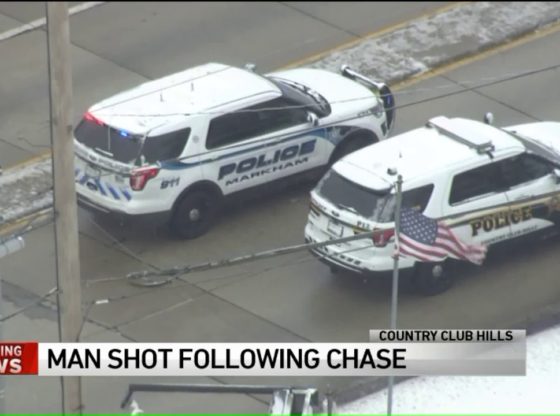 A man was shot after a small chase in the area of Markham and Country Club Hills Monday.