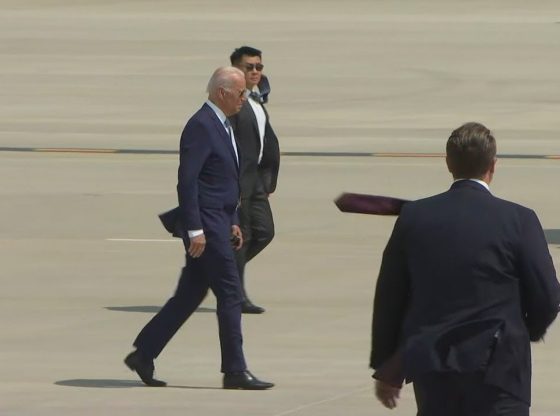 President Joe Biden is heading back to Washington after a day trip to Chicago, Illinois.