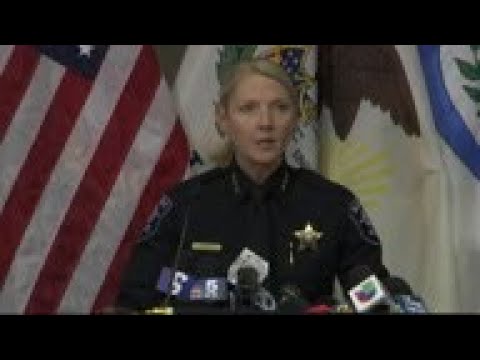 (16 Feb 2019) A gunman opened fire at a manufacturing plant in suburban Chicago on Friday, killing five people and wounding five police officers before he was fatally shot, police said.
Aurora, Illinois, Police Chief Kristen Ziman told a news conference that the gunman was 45-year-old Gary Martin and said he was believed to be an employee at the Henry Pratt Co. in the city about 40 miles (65 kilometers) west of Chicago.
She told reporters that officers arrived within four minutes of receiving reports of the shooting and were fired upon as soon as they entered the 29,000-square-foot manufacturing warehouse.
Hospitals reported treating at least seven patients from the shooting, though their conditions weren’t released.
Two of the officers were airlifted to trauma centers in Chicago, Ziman said.
Officials did not say the total number of people injured other than the police officers. Police said they did not know his motive.
Live TV reports showed dozens of first responder vehicles outside a building housing the Henry Pratt Co. in Aurora, a city of about 200,000 people about 40 miles (65 kilometers) west of Chicago.