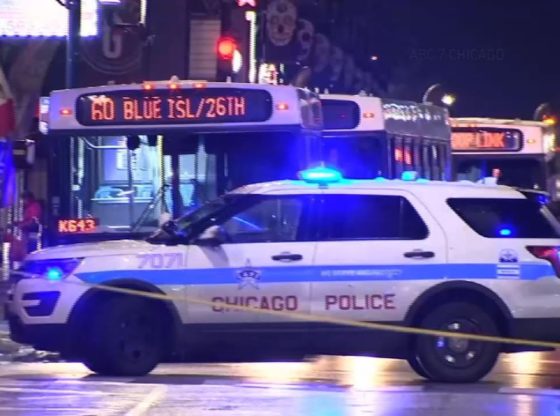 A 7-year-old girl out trick-or-treating in a bumblebee costume was critically injured in Chicago Thursday night after being struck by apparent stray gunfire, police said. (Nov. 1)