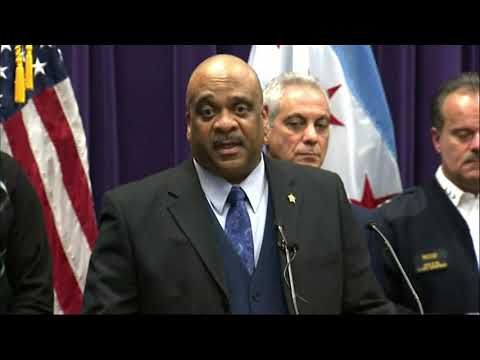 (18 Dec 2018) Chicago police say two officers investigating a shots-fired call on the city’s far South Side have died after being struck by a train. Police say a weapon was recovered and a person of interest is being questioned. (Dec. 18)

You can license this story through AP Archive: http://www.aparchive.com/metadata/youtube/02c8a671cbf0f4d1e33cd3a9e672e592