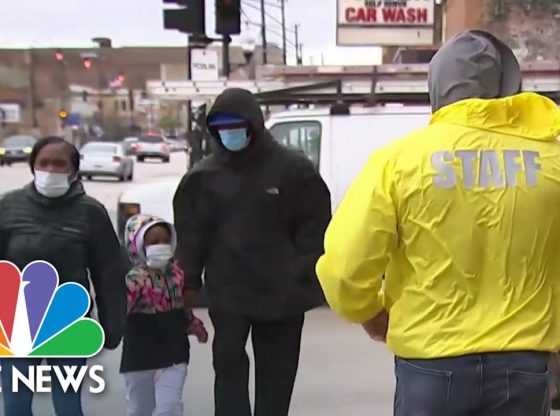 Black and brown communities in the city of Chicago are fighting two different battles. One against coronavirus and another against gun violence. The city crossed a grim milestone with more than 1,000 COVID-19 related deaths and multiple dead and injured in shootings just this weekend. NBC News’ Shaquille Brewster reports on how the city is trying to handle both epidemics.
» Subscribe to NBC News: http://nbcnews.to/SubscribeToNBC
» Watch more NBC video: http://bit.ly/MoreNBCNews