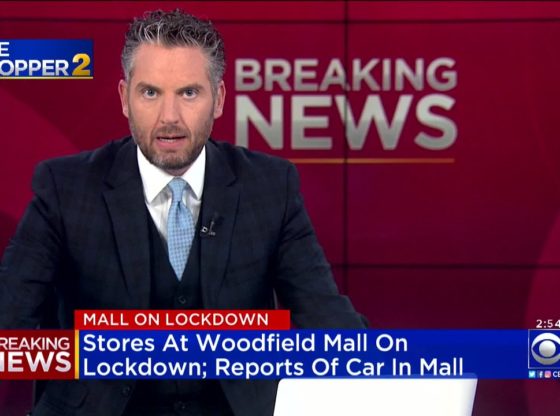 An SUV smashed into Woodfield Mall and drove down the main hallway, slamming into a kiosk and stores, sending panicked shoppers scrambling for safety.