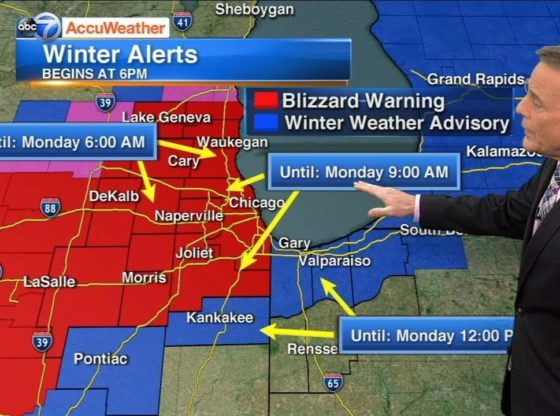 ABC7 meteorologist Phil Schwarz’s 6 p.m. update on the Blizzard Warning for the Chicago area. Blizzard conditions will bring high winds, low visibility and up to a foot of snow. Full Story: https://abc7.ws/2FFoNaF

More info on Blizzard Warning in effect for Chicago area