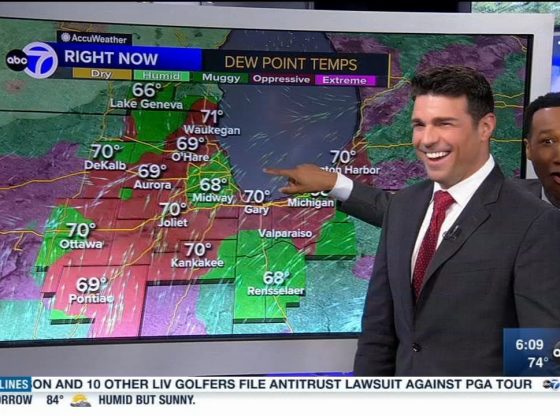 Check out ABC7 Chicago Meteorologist Greg Dutra’s surprise when he found something out his television had a touch screen while live on the air. | MORE: https://abc7.com/meteorologist-greg-dutra-video-touch-screen-terrell-brown/12101369/