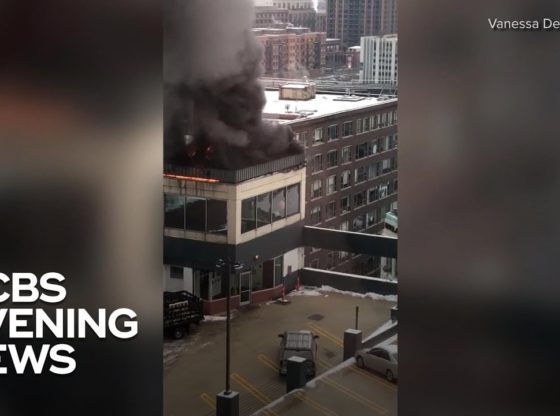 A massive fire in a high-rise garage in Chicago left one person dead and four others injured. Flames and black smoke could be seen billowing from the roof of the structure.