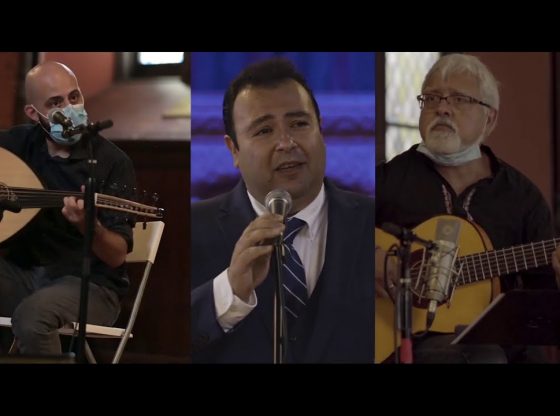 This project is supported in part by an award from the National Endowment for the Arts and the Chicago Transit Authority.

During the early part of this presentation there are three silents moments of text on screen. The texts read:

“Chicago is the traditional homelands of the Council of the Three Fires: The Odawa, Ojibwe and Potawatomi Nations. Many other Tribes like the Miami, Ho-Chunk, Menominee, Sac and Fox also called this area home. Located at the intersection of several great waterways, the land naturally became a site of travel and healing for many Tribes. Today, Chicago continues to be a place that many people from diverse backgrounds call home. We make this acknowledgement to bring awareness and understanding of the history of indigenous peoples and their territories, and as a call to rethink one’s own relationship with the city, the land and the environment.”

“The collective trauma and outage arising from George Floyd’s murder have reverberated across our city. We will clean up these broken windows, but we can’t stop there. We must also clean up and repair our broken systems. We stand in solidarity with those who are peacefully seeking change that results in the respect, dignity and freedom that Black, Brown, Asian, immigrant, refugee, native and religious people all deserve in this country. Full justice, true justice – equity and inclusion amongst all human beings is the only solution. – Mayor Lori E. Lightfoot”

“Disclaimer: The views and opinions expressed here are those of the artist(s), and do not necessarily reflect the policies or positions of any department or agency of the City of Chicago – or its partners.”