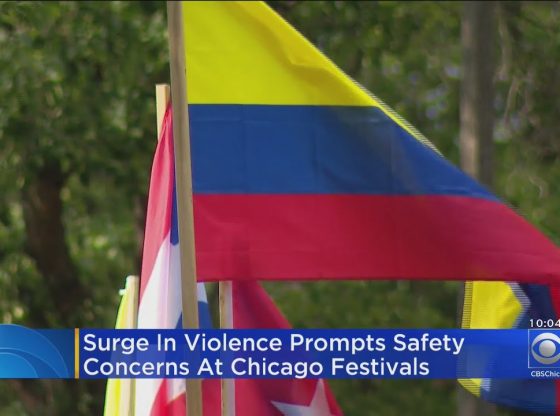 Chicago’s surge in violence is causing safety concerns at the city’s well-known neighborhood festivals. Just last month, two people died after they were shot hours after the Puerto Rican Parade. This weekend, as CBS 2’s Jackie Kostek reports, police stepped up their patrols near the Great Colombian Fest.