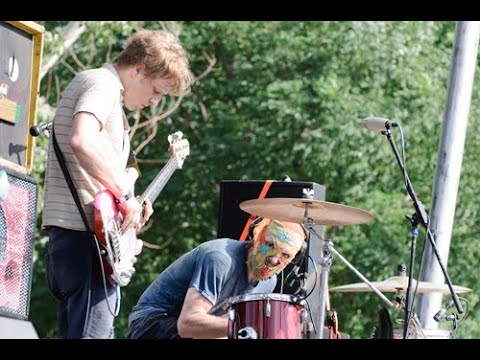 Here’s another video project I’ve been working on! This time it’s for Lightning Bolt at the Pitchfork Music Festival in 2010!

I came across the audio for this show on the internet archive awhile back and figured to try to put this show together as best as I could. After mastering the audio, I got as much footage as I could and worked on compiling it together. There’s only so much footage I could find so I placed pictures to fill in the gaps. Even after attemping to stabilize some of the videos, I left most of them as is as the shakiness of the videos made them glitchy (plus the frantic videos made it feel more authentic imo). After a couple days of work, I’m very happy with the end result. I have another project in the works and hopefully I could get that one out asap! Anyways, hope you guys enjoy and stay safe!

All credit goes to those that filmed and recorded the show!
Audio:
https://archive.org/details/lightningbolt2010-07-18.flac16

Go check them out and help support their music!
– Spotify: