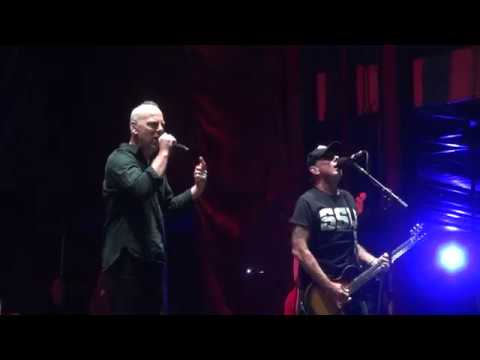 Full set from Bad Religion at Riot Fest in Chicago, IL on 9-16-18. They played SUFFER in its entirety. That starts at around 32 minutes. Security were spraying water on everyone and they hit my camera twice. I had to stop filming for 20 seconds during Streets of America and Generator to dry it off. I think I was too close. If I were back 10 or 15 feet, I wouldn’t have been hit with the water. Enjoy!

Filmed with a Sony HD camera and a Zoom H1 audio recorder.