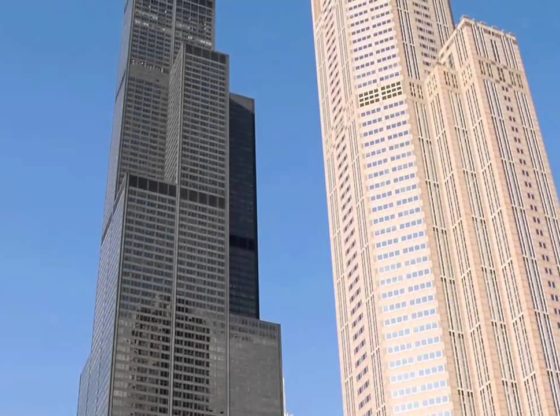 Take a tour of Willis Tower in Chicago, United States — part of the World’s Greatest Attractions series by GeoBeats.

For 25 years, it was the world’s tallest building.

The sky-scraping Willis Tower is Chicago’s pride and joy, drawing millions of visitors.

From its skydeck, you have the ability to see 4 states.

The Skydeck also features glass boxes which look 1,353 feet down to the street below.

Previously known as the Sears Tower, it is one of Chicago’s biggest attractions.