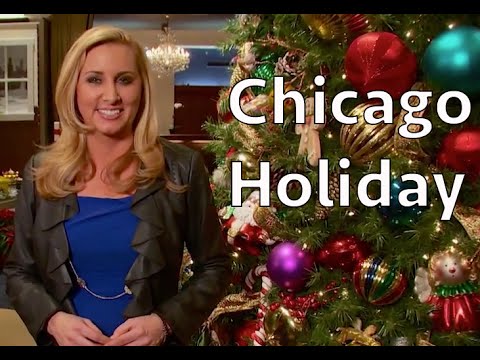 What better way to start a tour of Chicago than at the top of one of the tallest buildings in the world, the Willis Tower. Colleen Kelly meets family friends on the glass enclosed ledge overlooking the Windy City from 103 stories high. A short water taxi ride takes visitors from the Willis Tower to the Children’s Museum at Navy Pier where Colleen splashes with kids at the Water Ways exhibit. The next stop is Lincoln Park where Colleen explores the oldest free zoo in the United States before heading to a musical theater where all of the shows are based on kids’ books and involve audience participation.

Shopping on Michigan Avenue is a must in Chicago! Colleen joins two fashion forward moms to get the 411 on the shopping scene. You can’t visit Chicago without feasting on deep dish pizza! Colleen joins a family in pizza making 101 at Gino’s East, one of the original pizza parlors in the city. Next, Colleen pets the belugas at the Shedd Aquarium, tours historic Wrigley Field, and sails away on a beautiful boat ride along the Chicago River.