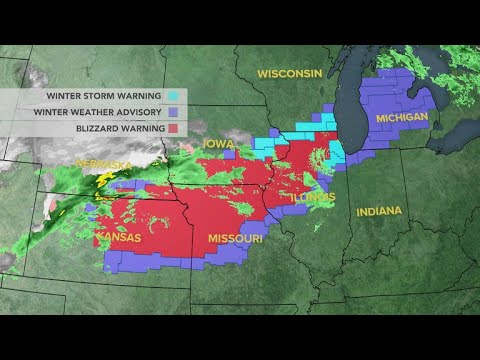 On the busiest travel day of the holiday weekend, blizzard warnings stretch through the heart of the country from the Great Plains to the Great Lakes. Snow isn’t the only threat as powerful wind advisories are posted from Texas to Illinois. Whiteout conditions prompted a state of emergency in Kansas. CBS Boston’s meteorologist Jacob Wycoff reports.