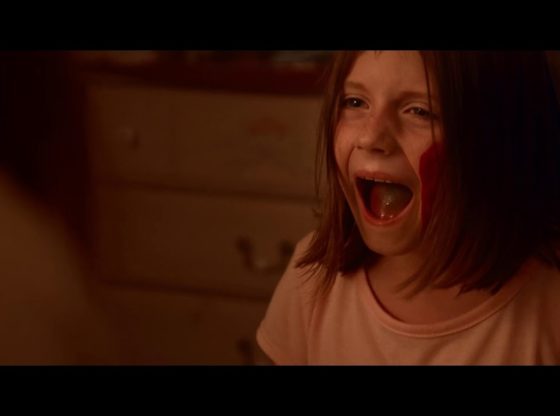 WORLD OF DEATH is a compilation of short horror films that will terrorize, astonish, disturb, and excite genre fans across the globe. New episodes streaming each week right here!

– How long have you been making movies? —
I have been writing horror scripts for the last 4 or 5 years (Blumhouse and HBO released a movie I wrote called TOTEM in 2017) but YOUR FILTHY HEART is my first time stepping behind the camera.

– Location where short was filmed?
Santa Ana, CA. We rented an AirBnb for two days.

– Inspiration for the short?
I felt like guilt — in all shapes and sizes — is a theme that is oddly under explored as a central concept or antagonistic force.

– Who is a filmmaker you admire?
I think Daniel Waters (HEATHERS) is an underrated writer. I also love Greta Gerwig — LADY BIRD was such a deeply impressive movie to me.

– Why did you get into making horror movies?
I’ve always sparked to the genre. I actually think, as a writer, a great place to smuggle in character specificity and challenging ideas.

– If you could remake any horror movie, which would it be?
A NIGHTMARE ON ELM STREET.

– What is it about WOD that appealed to you when you joined its community?
I actually used to be a writer/editor at Bloody-Disgusting so this place is like a second home to me. I’m excited to have the short on their channel where real horror fans have a good chance of finding it.

– Favorite horror film?
Last time I was on WoD I named Eraserhead, so for the sake of variety. This time I’ll say Evil Dead 2.

– Location where short was filmed?
Filmed on the northwest edge of the Lakeview neighborhood on the north side of Chicago.

– Inspiration for the short?
This was the first time that I’ve taken one of my own real life events and morphed it into a narrative. I lived the opening scene after someone dropped the leash to my dog and she had taken off running. Unfortunately my dog was struck by a car and killed. I made this film in memoriam for her; her name was Lucy.

– Who is a filmmaker you admire?
Shinya Tsukamoto

– Why did you get into making horror movies?
I may have died in a car wreck in 2009 after falling asleep on the interstate and rear ending a truck while traveling 75mph. I may have survived and learned the value of my waking days and gained the courage to pursue the life I wanted rather than the life within my immediate reach. To this day, I’m unsure which is true.

– If you could remake any horror movie, which would it be?
Messiah of Evil from 1974.

– What is it about WOD that appealed to you when you joined its community?
I grew up with Bloody-Disgusting and learned a great deal about horror films from its community, so the natural layover of audience there is a big attraction for me. In addition the platform has provided solid exposure for my previous short film, Machine Baby (Ep. 125).