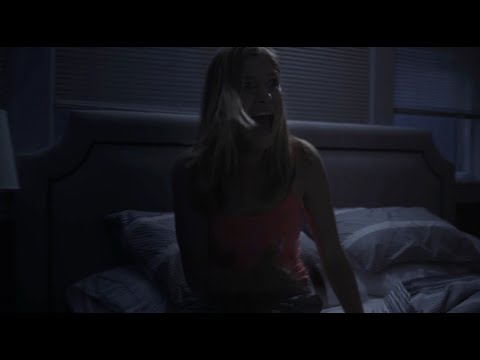 WORLD OF DEATH is a compilation of short horror films that will terrorize, astonish, disturb, and excite genre fans across the globe. New episodes streaming each month right here!

– How long have you been making movies?
Since high school! I was 16, with my lazy friends…

– Favorite horror film?
Hard to pick one! The Shining, Halloween and Scream. Not a fan of gore or extreme violence, it’s the atmosphere I seek in horror.

– Location where short was filmed?
Marseille, south of France.

– Who is a filmmaker you admire?
Not the most original answer but, Spielberg.

– Why did you get into making horror movies?
I wanted to see if I could create an atmosphere. And it’s also a great genre to talk about traumas with metaphors.

– If you could remake any horror movie, which would it be?
Tough one… All the horror films I love don’t need a remake in my opinion…

– What is it about WOD that appealed to you when you joined its community?
I really really appreciate the efforts they’re making to give short-films a life they maybe wouldn’t have without WOD, it’s a great way to discover horror
from all over the planet.

– Website link if any?
www.damienkazan.com
—————
Timothy Troy and I’m from Chicago, IL.

– How long have you been making movies?
I bought a video camera in 6th grade, and made shorts in film school, but I didn’t really start making films seriously until this film, Ding Dong, in 2016.

– Location where short was filmed?
Ding Dong was filmed in Chicago, IL, at my own house (much to my wife’s dismay).

– Inspiration for the short?
I was inspired to write Ding Dong when I trying to imagine how to turn the everyday sounds of a creaky old house into a scary film.

– Who is a filmmaker you admire?
My favorite filmmaker is Steven Spielberg.

– Why did you get into making horror movies?
I like making horror movies because there is no more visceral way to connect with an audience than to scare them (except maybe to make them laugh)… and connecting with audiences is what filmmaking is supposed to be all about.

– If you could remake any horror movie, which would it be? I’d love to do a modern version of Dracula.

– Do you have anything new you’d like to promote or do you have anything in development currently?
“Abi”, a short sci-fi thriller, will be online, including on WoD, soon. The short sci-fi drama film “Empty” is currently on the festival circuit, and should be available sometime in 2021. And we have a number of new projects coming up- subscribe to the Crazy Little Monster YouTube Channel (https://www.youtube.com/channel/UCClEbJ5Bk7x_1YgX6w_Uywg) for some exciting new projects we’re working on.

– What is it about WOD that appealed to you when you joined its community?
World of Death features an incredible group of filmmakers already included in the roster, so I’m thrilled and humbled to be a part of that. And I love the incredible support WoD provides for indie filmmakers. The hardest thing about making films is getting them seen, and WoD is a huge boost to a film’s audience.