Home /Chicago Films & Theatres/WORLD OF DEATH Ep. 188 – In The Dark 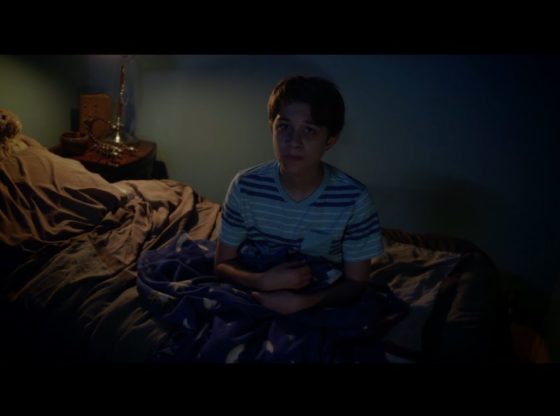 WORLD OF DEATH is a compilation of short horror films that will terrorize, astonish, disturb, and excite genre fans across the globe. New episodes streaming each week right here!

“In The Dark” directed by Will Schneider

3. – Favorite horror film?
– As cliché an answer it might be…”The Shining” for sure. “It Follows” is a recent favorite too.

4. – Location where short was filmed?
– All around the Northcenter neighborhood in Chicago! Home sweet home!

5. – Inspiration for the short?
– When I was in high school, I made a similar (but much crappier) short film about a clown who lives in a boy’s closet. I always liked this idea and decided to revisit it for the final film I made before I received my undergraduate degree. Only this time, I was much more interested in keeping it realistic. That’s more interesting to me nowadays. What would happen if I man really did live in a boy’s closet? “In the Dark” is the result of this.

6. – Who is a filmmaker you admire?
– Paul Thomas Anderson and Stanley Kubrick are my all-time favorites, but I’ve also really admired David Robert Mitchell recently.

7. – Why did you get into making horror movies?
– They’re just so much fun! Though I think drama might end up being where I head in the end (and truthfully I consider all great horror to be drama too), there is nothing more exciting than crafting a horror film. Scaring audiences is just a blast, and figuring out how to do that is like solving a puzzle you then get to create. I love it.

8. – If you could remake any horror movie, which would it be?
– I would love to get a crack at a modern day “Invisible Man” or “Masque of the Read Death.”

9. – Do you have anything new you’d like to promote or do you have anything in development currently?
– I recently completed my biggest short film yet – “La Méchante Reine.” I’m hoping to have its world premiere in the next few months at a respected festival and then eventually it will make its way to World of Death! Excited for everyone to see it. And then I’m shooting something small and creepy at the end of October…stay tuned.

10. – What is it about WOD that appealed to you when you joined its community?
– It’s just a true horror haven. It respects its filmmakers and truly does help them receive an audience. Horror fans are extremely dedicated, and I’m super proud they get to see my small student film here!

WORLD OF DEATH Ep. 188 - In The Dark - BingNews
Search results