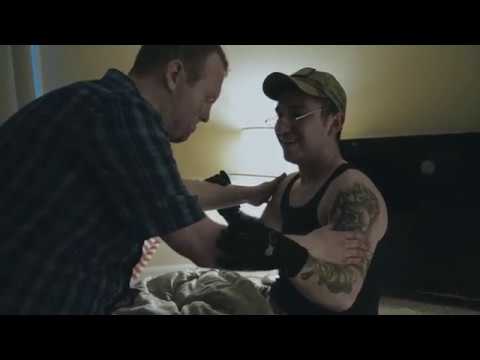 Bill’s your normal, average, every day guy. He wakes up, he goes to work, and he’s activated to be a Russian sleeper agent. But when Bill snaps out of it a little too early and discovers his murderous alter ego, Bill seeks help from his closest friends and allies. It’s just too bad there’s a catch to his programming….

“Wake Up Call” was a short film produced by Aspire Productions for the 2018 48 Hour Film Project – Chicago. This is the fourth year Aspire has participated. This year the genres we drew were dark comedy or family film, and we decided to return to our roots with dark comedy. Additionally, everyone’s film must have the following elements:

1. Alex or Alexis Tacaro, Veterinarian
2. A sleeping bag.
3. The line “You ask a lot of questions.”

Also, be on the lookout for Aspire Productions’ new web series, The Collector, coming this year. You can follow the Facebook page for more information at: