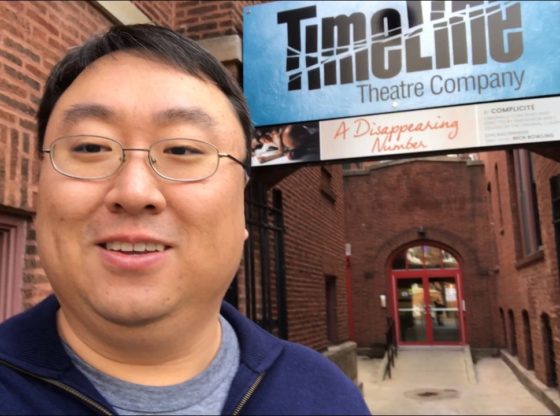 ABOUT TIMELINE THEATRE COMPANY
Founded in April 1997 with a mission to present stories inspired by history that connect with today’s social and political issues, TimeLine seeks to continue the extraordinary legacy of Chicago not-for-profit theater companies that started small, dreamed big and matured into prominent institutions that enrich the cultural landscape of the city.

The heart of TimeLine is our team of Company Members, who work closely together to shape the artistic vision and choose historically inspired programming that will create a dialogue about the social and political issues facing society today. But the TimeLine family extends much further, including Associate Artists and welcoming other emerging and established artists to contribute to the company’s work.

Through our first 19 seasons, TimeLine has presented 67 productions, including nine world premieres and 27 Chicago premieres, and launched the Living History Education Program, now in its ninth year of bringing the company’s mission to life for students in Chicago Public Schools. Since 2008, we have produced using Actors’ Equity Association contracts.

Our work has been recognized in Chicago and beyond: TimeLine received the prestigious 2016 MacArthur Award for Creative and Effective Institutions and has been named “Company of the Year” in The Wall Street Journal (2010), one of the American Theatre Wing’s top 10 emerging professional theatre companies nationwide (2011) and Chicago magazine’s “Best Theatre” in the city (2011). And we have been honored with 52 Jeff Awards, including an award for Outstanding Production 11 times.

We work to match artistic excellence with sophisticated business management, and these efforts also have been recognized. TimeLine was the first arts organization to receive the Alford-Axelson Award for Nonprofit Managerial Excellence of a small company, and we have received the Association for Strategic Planning’s Richard Goodman Strategic Planning Award in the Non-Profit category.