The Chicago Blues Brothers – A Night at the Movies – Theatre Teaser 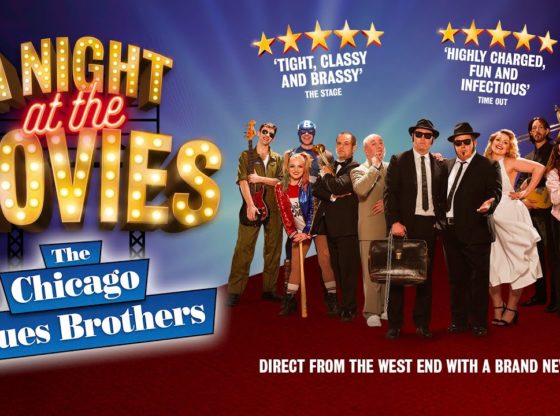 Direct from London’s west end, join the Chicago Blues Brothers and their 11 piece band, for a brand new 2-hour all singing, all dancing hit parade bringing you the greatest movie anthems of all time, performed live in concert.

Featuring songs from Footloose, A Star is Born, Dirty Dancing, The Greatest Showman, the Full Monty and many more, not forgetting all the much loved Blues Brothers classics, with a ton of surprises and lots of lunacy.

Staying true to the legacy and style of Jake and Elwood, performed in the crazy, upbeat and hard hitting style that has made The Chicago Blues Brothers one of the most successful theatre shows touring the globe.

Dig out those trilbys, shades and polish your dancing shoes because we are bringing the party to you in this 2 hour spectacular of non–stop music and laugher. You’ll dance, you’ll sing, you’ll have the time of your life.

Illinois Travel Guide
How do you transition from working in startups to venture capital? (Ask Drive Anything)