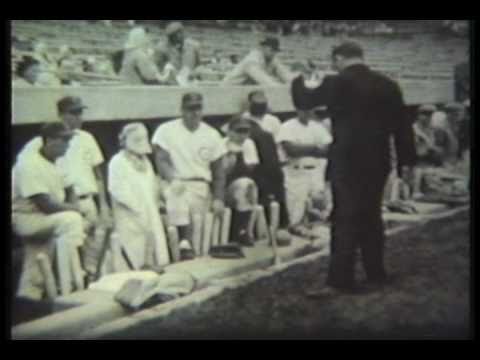 Marvin and Dear (Terry and Joy Bennett) from Chicago’s Shock Theatre, WBKB/ABC channel 7. Film footage shot at Wrigley Field with the Chicago Cubs. Audio of the last Chicago Shock Theatre broadcast courtesy of Terry Tiz. A very special thanks to Terry Tiz for providing this one of a kind audio and for allowing us to share it.