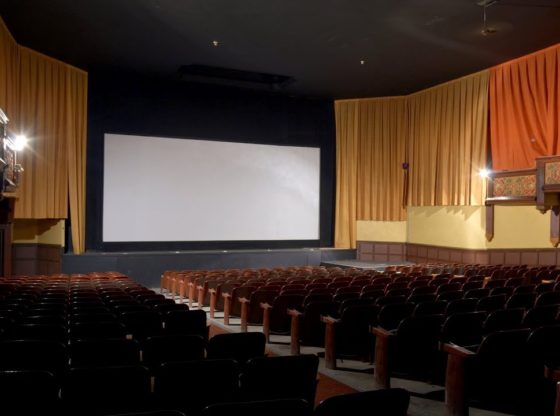 Call this a test screening…

1920s vaudeville theater carved into four cinema screens in the mid-60s. After being picked-up by the city, it was closed in 2012 for violations against their own building code. It has since been sold to make way for a retail/condo redevelopment. At the time of filming, the power was still on for most of the theater; fans in each of the auditoriums spinning away for nobody in the dead, frigid-cold Chicago winter.

Presented raw, with minimal editing. Originally released with location info redacted, but with its impending demolition I’ve since-changed the title.

Pardon the craptastic lighting, I’ve since bought a real flashlight.