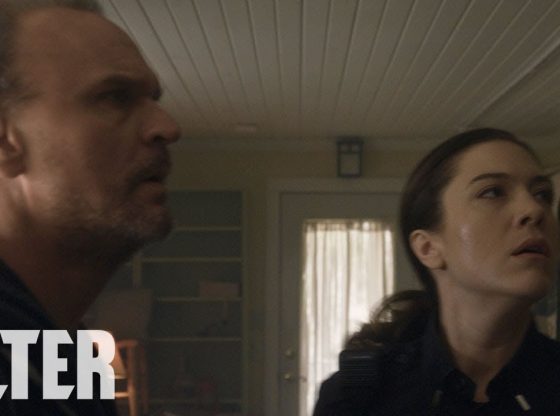 A policewoman struggles to remember what happened at the old Wilson farm, the predicted site of the next murder of a serial killer named Cassandra.

More About CASSANDRA: Do you remember? Last summer, Illinois was confronting a series of bizarre murders. At each crime scene, police found a sketch of a house which turned out to be the location of the next murder. But detectives couldn’t identify the houses in time, and the murders continued, becoming more violent until someone recognizes the latest sketch as the old Wilson farm up in Monroe. As we open, a policewoman named Crawley is being interviewed by an unseen authority figure. She tries to remember what exactly happened at the Wilson farm. She explains she was patrolling in the area and went there quickly, intending to find out what the owner knew and get him out. Instead. . . what happened was. . . if only she could remember. . .

About ALTER:
The most provocative minds in horror bring you three new short films every week exploring the human condition through warped and uncanny perspectives.

Be ready to leave the world you know behind and subscribe. Once you watch, you are forever ALTERed.

About Gunpowder + Sky:
Creating content that resonates and impacts pop culture conversation, by empowering creators to take risks and experiment relentlessly in the pursuit of novel stories and formats.

NY To Chicago In a Private Jet!
Man was armed, running away when fatally shot by CPD officer on Northwest Side