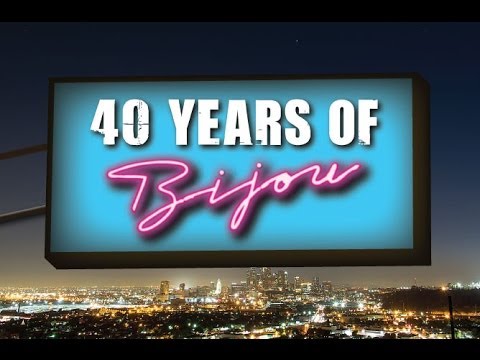 The Bijou Theater in Chicago, Illinois first opened its doors at the dawn of the gay liberation movement in 1970 and stood as a singularly unique landmark of LGBT history until its closing in 2015. This video was made for the 40th anniversary of the Bijou Theater and explores the history of the theater as seen through the eyes of Steven Toushin, owner of the Bijou Theater and of Bijou Video (still in operation), who received a GAYVN Lifetime Achievement Award in 2007 for his work over the past four decades within the gay adult industry. Mr. Toushin explains how the Bijou made the switch from an art house that showed educational features such as Richard Nixon’s ‘Checkers’ speech to a theater that showed gay themed films. Visit bijouworld.com for classic gay porn DVDs, magazines, posters, and more gay history and bijougayporn.com to stream our movies instantly!